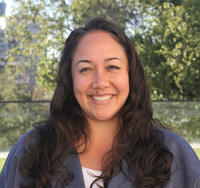 Chris is a Cal graduate and former student athlete. She competed as a member of the women’s water polo team from 1997-2002 and was a team captain. She earned her B.A. degree in American Studies (2001) and her M.A. degree in Education (2002). While in school, Chris served as a peer advisor (2000, 2001) and a graduate assistant advisor (2002) in the Athletic Study Center. Upon earning her M.A. in Education, she was hired as a full-time academic advisor in June of 2002.  She is a student-centric advisor who enjoys guiding and encouraging student athletes along their path to achieving their goals. Chris is a bay area native and lives in Oakland with her husband and five children.