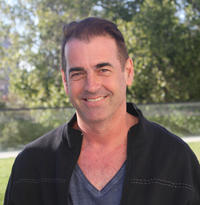 Derek earned his Ph.D (1997) in Cultural Studies, his Master’s degree (1993) in Education, and his undergraduate degree in Political Economy/German (1986), all from U.C. Berkeley. Derek joined the faculty in 1997. He coordinates the Cultural Studies of Sport in Education (CSSE) M.A. Program in the Graduate School of Education.

His publications include Envisioning Scholar Practitioner Collaborations: Communities of Practice in Education and Sport (Book), Out of Bounds: When Scholarship Athletes Become Academic Scholars (Book), “The Educational Dilemma of Academic Support for NCAA College Athletes: Playing the High-Stakes Game of Advising to the APR,” and “Becoming REGS: The Impact of Institutional Sport Elimination on Division I Student Athletes.”

As an undergraduate at Berkeley, Derek earned Academic All-American honors and played professional soccer for several years following graduation. Derek was inducted into the CAL Athletic Hall of Fame in 2008.

Derek enjoys travel, writing and playing with his cats.